Fastai is a Python library aiming to make AI simpler

Fastai is a Python library aiming to make AI simpler

A startup called ‘Fastai‘ is aiming to help developers carry out AI-related tasks with its deep learning library for Python. Fastai was cofounded by two University of San Francisco employees. Rachel Thomas is a professor at the university, while Jeremy Howard is a research scientist.

Python has become almost synonymous with AI development due to being fast, robust, portable, and scalable. Some of the world’s most popular AI frameworks such as TensorFlow, Deap, and Chainer are designed for Python. There is a big learning curve when it comes to making use of existing frameworks that can be equal parts daunting and frustrating. Fastai wants to reduce how long it takes for a developer to get started with AI.

Based on top of PyTorch, Fastai contains some of the most popular algorithms for image classification and natural language tasks. In practice, this means that models can be created and run in just a few lines of code.

This is important for practitioners because it means if you’ve learnt to create practical computer vision models with Fastai, then you can use the same approach to create natural language processing (NLP) models or any of the other types of models we support.”

The startup built its reputation for its free deep learning tuition. Originally, the firm’s courses were taught using the Keras API which sits on top of TensorFlow. Fastai decided to switch to the Facebook-developed PyTorch framework after finding it easier to learn. 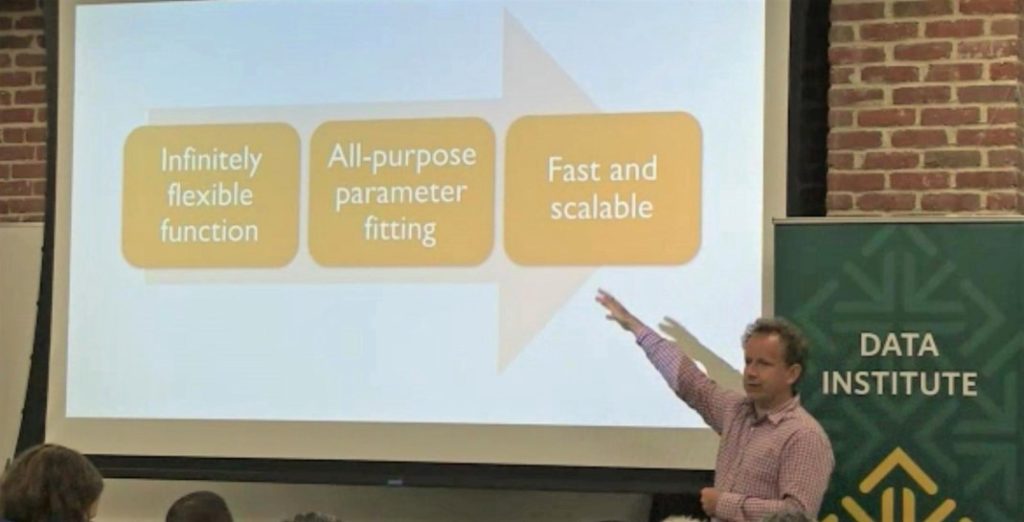 Hamel Husain, Senior Machine Learning Scientist at Github, had praise for Fastai’s courses: “The fast.ai course has been taken by data scientists and executives at Github alike ushering in a new age of data literacy at GitHub. It gave data scientists at GitHub the confidence to tackle state of the art problems in machine learning, which were previously believed to be only accessible to large companies or folks with PhDs.”

Eventually, the company wants to reach a point where such courses are unnecessary. Fastai doesn’t believe it’s reached that point yet but considers its library release a start. To achieve that aim, Fastai will likely have to expand to platforms beyond PyTorch. Support for AWS’ Sagemaker and Microsoft Azure is in the works.